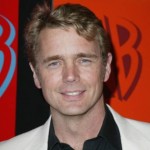 John Richard Schneider was born in Mount Kisco, New York, USA. He is an American actor and country music singer. He has been a singer since the early 1980s, releasing nine studio albums and a greatest hits package, as well as eighteen singles. This total includes "I've Been Around Enough to Know", "Country Girls", "What's a Memory Like You", and "You're the Last Thing I Needed Tonight", all of which reached the top of the Billboard country singles charts. His role in several films include: Eddie Macon's Run, The Curse, Exit to Eden, Collier & Co.(also director and writer), Sydney White, Conjurer, Holyman Undercover, Doonby, Snow Beast, October Baby, Smothered (also director and writer), A Gift Of The Heart, and 4: Go (also director and writer). His role in television include: The Dukes of Hazzard (Comedy-drama TV series), Stagecoach (TV film), Grand Slam (TV series), Heaven Help Us (TV series), Smallville (TV series), Mary Christmas (TV film, also director), Lake Placid 2 (TV film), and The Haves and the Have Nots (TV series).