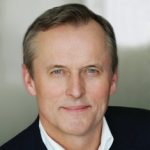 John Ray Grisham Jr. was born in Jonesboro, Arkansas, USA. He is an American bestselling novelist, lawyer and politician best known for his popular legal thrillers. His books have been translated into 42 languages and published worldwide. He graduated in Accounting from Mississippi State University. He earned a law degree from the University of Mississippi School of Law in 1981. He practiced criminal law for about a decade. He was a member of the Mississippi House of Representatives from 1984-1990. He has written several novels include: A Time to Kill, The Firm, The Pelican Brief, The Client, The Chamber, The Rainmaker, The Runaway Jury, The Partner, The Street Lawyer, The Brethren, A Painted House, The Summons, King of Torts, The Last Juror, The Broker, The Appeal, The Confession, The Litigators, The Racketeer, Sycamore Row, Gray Mountain, Rogue Lawyer, The Whistler, and The Rooster Bar. Nine of his novels have also been adapted into films: The Firm, The Chamber, The Client, A Painted House, The Pelican Brief, The Rainmaker, The Runaway Jury, Skipping Christmas, and A Time to Kill. He married Renee Jones in 1981. The couple have two children together: Shea and Ty. He received many Awards and honors, including Peggy V. Helmerich Distinguished Author Award, Galaxy British Lifetime Achievement Award, and Library of Congress Creative Achievement Award for Fiction.