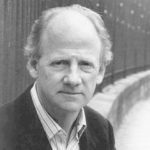 John Ralston Saul was born in Ottawa, Ontario, Canada. He is a Canadian philosopher, novelist and essayist. He earned a BA degree in Political Science and History from McGill University in 1969. He received his PhD from King's College London in 1972. He is a long-term champion of freedom of expression and was the International President of PEN International, until October 2015. He is most widely known for his writings on the nature of individualism, citizenship, and the public good. His work is known for being thought-provoking and ahead of its time, leading him to be declared a "prophet" by the New York Times and to be included in Utne Reader's list of the world's 100 leading thinkers and visionaries. He is co-chair of the non-profit Institute for Canadian Citizenship. He has written several novels include: The Birds of Prey, Baraka, The Next Best Thing, The Paradise Eater, De Si Bons Américains, and Dark Diversions. He has written other books include: Voltaire's Bastards, The Doubter's Companion, The Unconscious Civilization (Won- Governor General’s Literary Award for English-language non-fiction), Reflections of a Siamese Twin, On Equilibrium, The Collapse of Globalism and the Reinvention of the World, and A Fair Country.