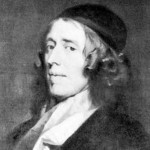 John Owen was born in Stadhampton in Oxfordshire, England. He was an English pastor, theologian and academic administrator at the University of Oxford. He earned a BA degree and an MA degree both from Queen's College, Oxford. Among his works are historical treatises on religion, several studies of the doctrine of the Holy Spirit, and defenses of Nonconformist, or Puritan, views. He was also dean of Christ Church Cathedral and was elected in 1654 to represent Oxford in Parliament, but he was later disqualified because of his clerical vocation. He wrote several books include: The Death of Death in the Death of Christ, The Mortification of Sin, The Works of John Owen, Indwelling Sin in Believers, The Glory of Christ, A Display of Arminianism, Spiritual-Mindedness, The Duty of Pastors, and Grace and Duty of Being Spiritually Minded.