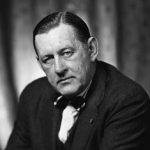 John Henry O'Hara was born in Pottsville, Pennsylvania, USA. He was an American novelist, short story writer and screenwriter. In the early 1950s, he wrote a weekly book column, "Sweet and Sour" for the Trenton Times-Advertiser and a biweekly column, "Appointment with O'Hara", for Collier's magazine. He wrote several novels include: Appointment in Samarra, BUtterfield 8, Hope of Heaven, Pal Joey, A Rage to Live, The Farmers Hotel, Ten North Frederick (Won- National Book Award for Fiction), From the Terrace, Ourselves to Know, Elizabeth Appleton, The Lockwood concern, and Lovey Childs. He wrote several short stories include: The Doctor's Son and Other Stories, Files on Parade, Pipe Night, Sermons and Soda Water, The Cape Cod Lighter, The hat on the bed, The Horse Knows the Way, Waiting for winter, The time element and other stories, and Good Samaritan and Other Stories. He wrote several films include: He Married His Wife, I Was an Adventuress, Moontide, and On Our Merry Way.