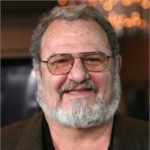 John Frederick Milius was born in St. Louis, Missouri, USA. He is an American screenwriter, film director and producer of motion pictures. He directed several films include: Dillinger, The Wind and the Lion, Big Wednesday, Conan the Barbarian, Red Dawn, Farewell to the King, and Flight of the Intruder. He has written several films include: Evel Knievel, Jeremiah Johnson, Magnum Force, Dillinger, The Wind and the Lion, Big Wednesday, Apocalypse Now (Nominated- Academy Award for Best Writing, Screenplay Based on Material from Another Medium), Conan the Barbarian, Red Dawn, Extreme Prejudice, Farewell to the King, Geronimo: An American Legend, Clear and Present Danger, and Texas Rangers. He produced several films include: Hardcore, and Uncommon Valor.