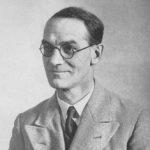 John Middleton Murry was born in Peckham, London, England. He was an English literary critic and editor. He was prolific, producing more than 60 books and thousands of essays and reviews on literature, social issues, politics, and religion during his lifetime. He was educated at Brasenose College, Oxford. He is best remembered for his association with Katherine Mansfield, whom he married in 1918. From 1911 to 1913, he was editor of the literary magazine Rhythm. With D. H. Lawrence, he started a short-lived magazine, The Signature. In 1919, he became the editor of the Athenaeum, recently purchased by Arthur Rowntree. In 1923, he became the founding editor of The Adelphi, in association with Jack Common and Max Plowman. Murry’s autobiography, Between Two Worlds, is strikingly revealing about his own life.