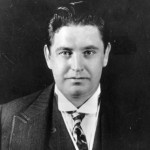 John McCormack was born in Athlone, Ireland. He was an Irish-born American tenor. He studied at Summerhill College, Sligo. He began his singing career within the Roman Catholic Church in Dublin, Ireland. In 1902 he became a member of the Palestrina Choir of Dublin's Cathedral, where he received lessons from the choirmaster, Vincent O'Brien. In 1903 he won the gold medal in the tenor section of the Feis Ceoil in Dublin, and began making concert appearances there. He first sang in the USA at the St. Louis Exposition in 1904. His songs list shown below: "I Hear You Calling Me", "The Kerry Dance", "Star of the County Down", "Macushla", "The Rose Of Tralee", "Oft In The Stilly Night", "Angels Guard Thee", "Dear Old Pal of Mine", "Mother Machree", "The Old House", "God Keep You Is My Prayer" (with Frank Patterson), and "Calling Me Home to You". He had earlier received three papal knighthoods, Knight of the Order of the Holy Sepulchre, Knight of the Order of St. Gregory the Great, and Knight of the Order of St. Sylvester. He married Lily Foley in 1906. They had two children, Cyril and Gwendolyn.