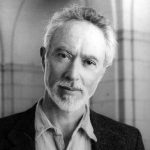 John Maxwell Coetzee was born in Cape Town, South Africa. He is a South African novelist, essayist, literary critic, linguist, professor, translator and recipient of the 2003 Nobel Prize in Literature. Before receiving the 2003 Nobel Prize in Literature, he was awarded the Jerusalem Prize, CNA Prize, the Prix Femina Étranger, The Irish Times International Fiction Prize and the Booker Prize. He earned a BA degree with Honours in English in 1960 and a BA degree with Honours in Mathematics in 1961. He received his MA degree in Literature in 1963, and his PhD in English Literature and Linguistics in 1969 both from the University of Texas at Austin. He began teaching English literature at the State University of New York, Buffalo. He also taught English literature at the University of Cape Town. He served as professor 0f English Literature at the University of Cape Town from 1983-2002. He has written several novels include: Dusklands, In the Heart of the Country, Waiting for the Barbarians, Life & Times of Michael K (Won- Booker Prize for Fiction 1983), Foe, Age of Iron, The Master of Petersburg, Disgrace (Won- Booker Prize for Fiction 1999), Slow Man, The Childhood of Jesus, and The Schooldays of Jesus. He has written several essays include: White Writing: On the Culture of Letters in South Africa, Doubling the Point, Giving Offense: Essays on Censorship, Stranger Shores, and Inner Workings. He has written several Fictionalised autobiography include: Boyhood: Scenes from Provincial Life, Youth: Scenes from Provincial Life II, and Summertime.