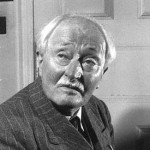 John Edward Masefield was born in Ledbury, Herefordshire, England. He was an English poet and novelist. He was Poet Laureate of the United Kingdom from 1930. He Educated at King’s School, Warwick. He wrote several poems include: The everlasting mercy, Dauber, Salt-Water Poems and Ballads, Reynard the fox, and King Cole. He wrote several novels include: A Mainsail Haul, Multitude and solitude, Captain Margaret, Lost Endeavour, Sard Harker, Odtaa, The Midnight Folk, The Taking of the Gry, and The Box of Delights. His non-fiction works, including Sea Life in Nelson's Time, The Old Front Line, and The Battle of the Somme.