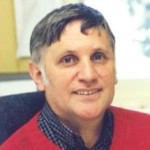 John Marsden was born in Victoria, Australia. He is an Australian writer and teacher. At age 28, after working several jobs, he began a teaching course. While working as a teacher, he began writing for children. In 2006, he started an alternative school, Candlebark School in the Macedon Ranges. He has written several novels (Tomorrow Series) include: Tomorrow, When the War Began, The Dead of the Night, A Killing Frost, Darkness, Be My Friend, Burning For Revenge, The Night is for Hunting, and The Other Side of Dawn. He has written other novels include: So Much to Tell You, Letters from the Inside, Checkers, Dear Miffy, Winter, and Hamlet.