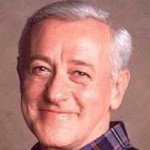 John Mahoney was born in Blackpool, Lancashire, England. He is an English-born American actor and comedian. He has also worked as a voice actor and performed on Broadway and in Chicago theatre. He studied at Quincy University, Illinois. He taught English at Western Illinois University. His role in several films include: Code of Silence, The Manhattan Project, Streets of Gold, Tin Men, Betrayed, Love Hurts, Article 99, The American President, Dan in Real Life, and Flipped. His role in television include: Trapped in Silence (TV film), The Water Engine (TV film), Frasier (Won- Screen Actors Guild Award for Outstanding Performance by an Ensemble in a Comedy Series in 2000, Nominated– Golden Globe Award for Best Supporting Actor in 1994 and 2001, Primetime Emmy Award for Outstanding Supporting Actor in a Comedy Series in 1999 and 2003), In Treatment (TV series), and Hot in Cleveland (TV series).