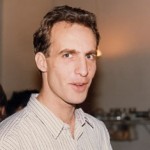 John Lurie was born in Minnesota, USA. He is an American musician, painter and actor. He co-founded The Lounge Lizards jazz ensemble, acted in 19 films. His role in several films include: Men in Orbit (also director, writer), Underground U.S.A., Permanent Vacation, Stranger Than Paradise, Down by Law, Wild at Heart, Just Your Luck, and New Rose Hotel. He composed and performed music for several films include: Permanent Vacation, Stranger Than Paradise, Down by Law, Mystery Train, Get Shorty , Blue in the Face, Manny & Lo, Excess Baggage, Lulu on the Bridge, Clay Pigeons, and Animal Factory. He directed and starred in the Fishing with John television series. In 1996 his soundtrack for Get Shorty was nominated for a Grammy Award. His album The Legendary Marvin Pontiac: Greatest Hits has been praised by both critics and fellow musicians. He has been painting since the 1970s. The majority of his early works are in watercolor and pencil but in the 2000s he began to work in oil. He has released two art books, including Learn To Draw and A Fine Example of Art. His watercolor painting Bear Surprise was enormously popular on numerous Russian websites in an Internet meme known as Preved.