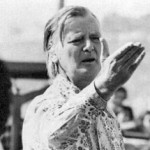 John Lee Thompson was born in Bristol, England. He was a British film director and screenwriter, active in London and Hollywood. He studied at Dover College. He directed several films include: The Yellow Balloon, An Alligator Named Daisy, The Good Companions, Ice Cold in Alex, North West Frontier, The Guns of Navarone (Nominated- Academy Award for Best Director), Taras Bulba, What a Way to Go!, Return from the Ashes, Before Winter Comes, Huckleberry Finn, The White Buffalo, Caboblanco, 10 to Midnight, The Ambassador, and Murphy's Law. He wrote several films include: The Price of Folly, The Middle Watch, East of Piccadilly, and No Place for Jennifer.