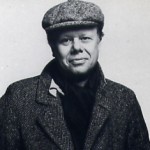 John Henry Lahr was born in Los Angeles, California, USA. He is an American theater critic, biographer and the son of actor Bert Lahr. He was the senior drama critic at The New Yorker magazine from 1992 to 2013. He earned a BA degree from Yale University and an MA degree from Worcester College, Oxford. He has written several biographies include: Notes on a Cowardly Lion, Prick up Your Ears, Coward the Playwright, Dame Edna Everage and the Rise of Western Civilisation, Sinatra: The Artist and the Man, and Tennessee Williams: Mad Pilgrimage of the Flesh (Won- National Book Critics Circle Award for Biography, Nominated- National Book Award for Nonfiction). He has written other books (Collected criticism) include: Up Against the Fourth Wall, Acting Out America, Astonish me, Automatic Vaudeville, Light Fantastic, and Joy Ride. He has written several novels include: The Autograph Hound, and Hot to Trot. He has twice won the George Jean Nathan Award for Dramatic Criticism. Lahr, whose stage adaptations have been performed around the world, received a Tony Award for co-writing Elaine Stritch at Liberty.