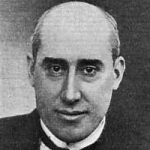 John Kendrick Bangs was born in Yonkers, New York, USA. He was an American author, novelist, humorist, editor, short story writer and satirist. He studied at Columbia Law School but left in 1884 to become Associate Editor of Life under Edward S. Martin. In 1888, he left Life to work at Harper's Magazine, Harper's Bazaar and Harper's Young People, though he continued to contribute to Life. From 1899 to 1901 he served as active editor of Harper's Weekly. He served for a short time as the first editor of Munsey's Magazine. He served as editor of the New Metropolitan magazine in 1903. In 1904, he was appointed editor of Puck, perhaps the foremost American humor magazine of its day. He wrote several novels include: Coffee and Repartee, A House-Boat on the Styx, A Rebellious Heroine, The Pursuit of the House-Boat, Mr. Munchausen, Rollo in Emblemland, Olympian nights, and Alice in Blunderland. He wrote several short stories include: Over the plum-pudding, Bikey the skicycle & other tales of Jimmieboy, Little book of Christmas, and The foothills of Parnassus. His non fiction works include: Three weeks in politics, The Dreamers, Peeps at People, and From Pillar to Post.