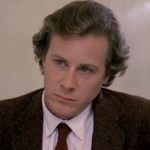 John Heard Jr. was born in Washington, D.C., USA. He was an American actor. He studied at Clark University in Worcester, Massachusetts and Catholic University of America in Washington, D.C. His role in several films include: Between the Lines, First Love, Heart Beat, Best Revenge, Heaven Help Us, Betrayed, Rambling Rose, Deceived, Waterland, Before and After, One Eight Seven, Desert Blue, O, White Chicks, The Deal, The Great Debaters, A Perfect Ending, Runner Runner, Boys of Abu Ghraib, and Living Among Us. His role in television include: Valley Forge (TV film), Cross of Fire (TV film), The Client (TV series), The Big Heist (TV film), and Sharknado (TV film).