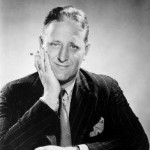 John Gunther was born in Chicago, Illinois, USA. He was an American journalist, author and novelist. He is best known today for the memoir Death Be Not Proud about the death of his beloved teenage son, Johnny Gunther, from a brain tumor. He was awarded a Bachelor of Philosophy degree from the University of Chicago in 1922. He worked briefly in the city as a reporter for the Chicago Daily News, but soon moved to Europe to be a correspondent with the Daily News's London Bureau, where he covered Europe, the Balkans, and the Middle East. During World War II he worked as a war correspondent in Europe. His nonfiction works include: Inside Europe, The High Cost of Hitler, Inside Asia, Inside Latin America, Inside U.S.A., Death Be Not Proud (memoir), Roosevelt in Retrospect (biography), Inside Africa, Inside Russia Today, Taken at the Flood, Inside Europe Today, and Inside South America. He wrote several novels include: The Red Pavilion, Peter Lancelot, The Golden Fleece, Bright Nemesis, The Troubled Midnight, and The Lost City.