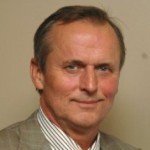 John Ray Grisham Jr. was born in Jonesboro, Arkansas, USA. He is an American bestselling novelist, lawyer and politician best known for his popular legal thrillers. He earned a BS degree in accounting from Mississippi State University in 1977. He earned a JD degree from the University of Mississippi School of Law in 1981. He was a member of the Mississippi House of Representatives from 1984-1990. His first novel, A Time to Kill, was published in June 1989, four years after he began writing it. As of 2012, his books have sold over 275 million copies worldwide. His first bestseller, The Firm, sold more than seven million copies. Eight of his other novels have also been adapted into films: The Chamber, The Client, A Painted House, The Pelican Brief, The Rainmaker, The Runaway Jury, Skipping Christmas, and A Time to Kill. He received many awards, including Peggy V. Helmerich Distinguished Author Award, and Library of Congress Prize for American Fiction.