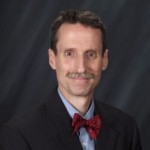 John Granger was born in Corning, New York, USA. He is an American author, speaker and professor whose principal focus is the intersection of literature, faith and culture. He is most well known as the author of several books analysing J.K. Rowling's Harry Potter novels. He studied classical languages and literature at the University of Chicago. He earned an MFA degree in Creative Writing from Oklahoma City University. Previously he taught Latin and English at The Asheville School, Peninsula College, and Valley Forge Military Academy. He taught Harry Potter courses on the online Barnes and Noble University. He is a frequent speaker at academic and fan conferences, and has been interviewed as a "Harry Potter expert" in the Wall Street Journal,the New York Times,CNN, and the DVD of Harry Potter and the Order of the Phoenix. He has written several books include: The Hidden Key to Harry Potter, Looking for God in Harry Potter, Unlocking Harry Potter, The Deathly Hallows Lectures, How Harry Cast His Spell, Harry Potter's Bookshelf, and Spotlight.