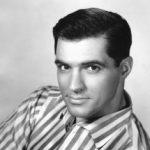 John Gavin was born in Los Angeles, California, USA. He is an American film actor. He was the United States Ambassador to Mexico from 1981 to 1986 and President of the Screen Actors Guild from 1971 to 1973. He earned a BA degree from Stanford University. His role in several films include: Raw Edge, Four Girls in Town, Imitation of Life, A Breath of Scandal, Midnight Lace, Romanoff and Juliet, Back Street, OSS 117-Double Agent, Keep It in the Family, House of Shadows, and Jennifer. His role in television include: Destry (TV series), Convoy (TV series), Cutter's Trail (TV film), Doctors' Private Lives (TV film), and The New Adventures of Heidi (TV film).