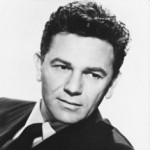 John Garfield was born in New York City, New York, USA. He was an American actor. In 1937, he moved to Hollywood, eventually becoming one of Warner Bros.' stars. His role in several films include: Four Daughters (Nominated- Academy Award for Best Actor in a Supporting Role), Four Wives, They Made Me a Criminal, Dust Be My Destiny, Castle on the Hudson, East of the River, Out of the Fog, The Fallen Sparrow, Destination Tokyo, Between Two Worlds, Nobody Lives Forever, Body and Soul (Nominated- Academy Award for Best Actor in a Leading Role), Gentleman's Agreement, We Were Strangers, Under My Skin, and He Ran All the Way. He married Roberta Seidman in 1935. They had three children.