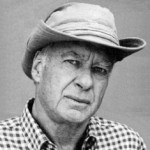 John Michael Frankenheimer was born in Queens, New York City, New York, USA. He was an American film and television director known for social dramas and action/suspense films. He graduated from Williams College in Williamstown, Massachusetts in 1951. He also developed an interest in acting as a career while in college but began thinking seriously about directing when he was in the Air Force. He directed several films include: The Young Stranger, The Young Savages, The Manchurian Candidate, Birdman of Alcatraz, The Train, Grand Prix, The Fixer, The Gypsy Moths, The Horsemen, French Connection II, Black Sunday, The Challenge, 52 Pick-Up, The Fourth War, Against the Wall, The Island of Dr. Moreau, Ronin, and Reindeer Games. He won four consecutive Emmy Awards in the 1990s for the television movies Against the Wall, The Burning Season, Andersonville, and George Wallace, which also received a Golden Globe award.