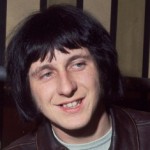 John Alec Entwistle was born in Chiswick, London, England. He was an English bass guitarist, songwriter and composer. In a music career that spanned more than 40 years, he was best known as the original bass guitarist for the English rock band The Who. Entwistle's instrumental approach used pentatonic lead lines, and a then-unusual treble-rich sound created by roundwound RotoSound steel bass strings. He was inducted into the Rock and Roll Hall of Fame as a member of the Who in 1990. In 2011, he was voted as the greatest bass guitarist of all time in a Rolling Stone magazine reader's poll. His albums list shown below: Smash Your Head Against the Wall, Whistle Rymes, Rigor Mortis Sets In, Mad Dog, Too Late the Hero, and The Rock. He wrote several songs include: "Boris the Spider", "Heaven and Hell", "My Wife", "Had Enough", "Trick of the Light", and "The Quiet One".