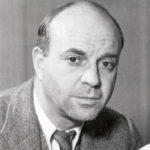 John Roderigo Dos Passos was born in Chicago, Illinois, USA. He was an American novelist and artist. He earned a BA degree in English from Harvard University in 1916. During World War I, he was an ambulance driver for American volunteer groups in Paris and Italy before joining the United States Army Medical Corps. He wrote several novels include: One Man's Initiation, Three Soldiers, A pushcart at the curb, Streets of night, Manhattan Transfer, Adventures of a Young Man, Number One, The grand design, Chosen country, The great days, and Midcentury. He is best known for his U.S.A. trilogy, which consists of the novels The 42nd Parallel, 1919, and The Big Money. An artist, he created his own cover art for his books, was influenced by modernism in 1920s Paris and painted. Spence's Point, his Virginia estate, was designated a National Historic Landmark in 1971.