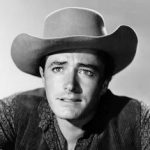 John Derek was born in Hollywood, California, USA. He was an American actor and director. He was also known for launching the career of his fourth wife, Bo Derek. His role in several films include: Since You Went Away, Knock on Any Door, All the King's Men, The Family Secret, Scandal Sheet, Prince of Pirates, The Last Posse, Mission Over Korea, The Outcast, An Annapolis Story, The Ten Commandments, Omar Khayyam, Pirate of the Half Moon, Exodus, Nightmare in the Sun, and Once Before I Die. He directed several films include: Nightmare in the Sun, Once Before I Die, Childish Things, Love You, Fantasies, Tarzan, the Ape Man, Bolero, and Ghosts Can't Do It.