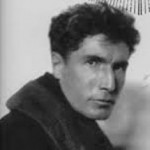 John Cowper Powys was born in Shirley, Derbyshire, England. He was a British novelist and lecturer. He graduated from Corpus Christi College, Cambridge in 1894. He was also a highly successful itinerant lecturer, first in England and then from 1905 until 1930 in the USA. He wrote several novels include: Wood and Stone, Rodmoor, After my fashion, Ducdame, Wolf Solent, A Glastonbury Romance, Weymouth Sands, Maiden Castle, Owen Glendower, The Inmates, Atlantis, The brazen head, and Homer and the Aether. In 1934, he published his important Autobiography.