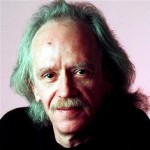 John Howard Carpenter was born in Carthage, New York, USA. He is an American film director, screenwriter, producer, composer and actor. He studied at Western Kentucky University and the University of Southern California's School of Cinematic Arts. He directed several films include: Dark Star, Halloween, The Fog, Escape from New York, The Thing, Christine, Starman, Prince of Darkness, They Live, Memoirs of an Invisible Man, Escape from L.A., Vampires, Ghosts of Mars, and The Ward. He produced several films include: Dark Star, Halloween II, Halloween III, Vampires: Los Muertos, and The Fog. He has written several films include: Eyes of Laura Mars, Black Moon Rising, and Prince of Darkness. He is also notable for having composed or co-composed most of his films' music. He won a Saturn Award for Best Music for the film Vampires. His albums list shown below: Christine, Escape From L.A. (with Shirley Walker), Lost Themes, Lost Themes II, and Anthology. His role in several films include: The Boy Who Could Fly, Memoirs of an Invisible Man, Body Bags, The Silence of the Hams, and Village of the Damned.