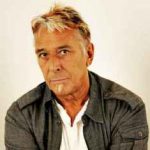 John Davies Cale was born in Garnant, Wales. He is a Welsh musician, composer, singer-songwriter and record producer. He was a founding member of the rock band the Velvet Underground. Over his five-decade career, he has worked in various styles across rock, drone, classical, avant-garde, and electronic music. He studied music at Goldsmiths College, University of London. His albums list shown below: Vintage Violence, The Academy in Peril, Paris 1919, Fear, Slow Dazzle, Helen of Troy, Helen of Troy, Caribbean Sunset, Words for the Dying, Walking on Locusts, HoboSapiens, blackAcetate, and M:FANS. He was inducted into the Rock and Roll Hall of Fame as a member of the Velvet Underground in 1996. He appointed Officer of the Order of the British Empire in 2010.