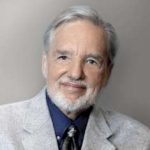 John Elliot Bradshaw was born in Houston, Texas, USA. He was an American educator, counselor, motivational speaker, philosopher, theologian, Emmy-nominated TV personality and author. He hosted a number of PBS television programs on topics such as addiction, recovery, codependency, and spirituality. He was active in the self-help movement, and was credited with popularizing such ideas as the "wounded inner child" and the dysfunctional family. In promotional materials, interviews, and reviews of his work, he was often referred to as a theologian. He earned a BA degree in Sacred Theology and an MA degree in philosophy from the University of Toronto in Canada. He also studied Psychology and Religion from Rice University in Houston, Texas. He wrote several books include: Bradshaw On: The Family, Healing the Shame that Binds You, Creating Love, Family Secrets, Post‑Romantic Stress Disorder, The Price of Nice, and Reclaiming Virtue.