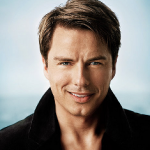 John Scot Barrowman was born in Mount Vernon, Glasgow, Scotland. He is a Scottish-American actor, singer, TV presenter and writer. He moved to the US with his family in 1975. He studied at Joliet West High School, Joliet, Illinois. He also studied performing arts at the United States International University in San Diego. Since his debut in professional theatre, he has played lead roles in various musicals both in the West End and on Broadway, including Miss Saigon, The Phantom of the Opera, Sunset Boulevard and Matador. After appearing in Sam Mendes' production of The Fix, he was nominated for the 1998 Laurence Olivier Award for Best Actor in a Musical. He returned to his native Britain in 1989. His role in several films include: Shark Attack 3, Method, De-Lovely, The Producers, and Zero Dark Thirty. His role in television include: Central Park West (TV series), Titans (TV series), Torchwood (Science fiction Drama), Arrow (TV series), Sing Your Face Off (Reality competition host), Pressure Pad (Game show host), and Superstar Dogs: Countdown to Crufts (host). His albums list shown below: Another Side, Music Music Music, and John Barrowman. He has written two autobiographies, (with his sister Carole Barrowman) including Anything Goes and I Am What I Am, and two novels, including Hollow Earth and Bone Quill.