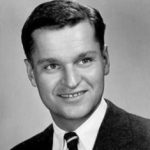 John Lawrence Ashbery was born in Rochester, New York, USA. He was an American poet. He earned a BA degree from Harvard College in 1949. He earned an MA degree from Columbia University in 1951. He worked for several magazines and newspaper, including Newsweek (Art Critic), ARTnews (Executive Editor), Partisan Review (Poetry Editor), and The New York Herald Tribune (Art Critic). He was elected a Fellow of the American Academy of Arts and Sciences in 1983. He was the poet laureate of New York State from 2001 to 2003. He also served for many years as a chancellor of the Academy of American Poets. He wrote several poems include: Turandot and other poems, Some Trees (won- Yale Younger Poets Prize), The Tennis Court Oath, Rivers and Mountains, Sunrise in Suburbia, The Double Dream of Spring, Self-portrait in a Convex Mirror (Won- Pulitzer Prize for poetry 1976, National Book Award 1976, and National Book Critics Circle Award), A Wave (Won- Lenore Marshall Poetry Prize, Bollingen Prize), Flow Chart, Hotel Lautréamont, Girls on the Run, Chinese Whispers, Where Shall I Wander, and Planisphere.