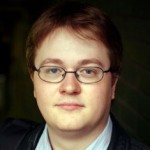 Johann Eduard Hari was born in Glasgow, Scotland. He is a British journalist and writer. He has written for a number of publications including The Independent and The Huffington Post and has written books on the topic of the war on drugs and the monarchy. He earned a BA degree with a double first in social and political sciences from King's College, Cambridge in 2001. After university he joined the New Statesman, where he worked between 2001 and 2003, and then wrote two columns a week for The Independent. At the 2003 Press Gazette Awards, he won Young Journalist of the Year. His work has also appeared in New York Times, the Los Angeles Times, The New Republic, The Nation, Le Monde, El Pais, The Sydney Morning Herald and Ha'aretz. He received many awards, including Student News Journalist of the Year award by The Times in 2000, Martha Gellhorn Prize for Journalism 2010, and Newspaper Journalist of the Year at Amnesty International Media Awards 2010. He has written several books include: God save the Queen?, Chasing the Scream, and Lost Connections.