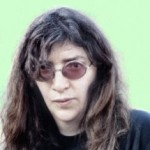 Jeffrey Ross Hyman (Joey Ramone) was born in New York, USA. He was an American musician, singer-songwriter and lead vocalist. In 1972, he joined the glam punk band Sniper. In 1974, he co-founded the punk rock band the Ramones with friends John Cummings and Douglas Colvin. His albums list shown below: Don't Worry About Me and ...Ya Know? His albums list shown below (band by the Ramones): Ramones, Leave Home, Rocket to Russia, Road to Ruin, End of the Century, Pleasant Dreams, Subterranean Jungle, Too Tough to Die, Animal Boy, Halfway to Sanity, Brain Drain, Mondo Bizarro, Acid Eaters, and ¡Adios Amigos!. His singles list shown below: "Sheena Is a Punk Rocker", "I Wanna Be Sedated", and "Bonzo Goes to Bitburg".