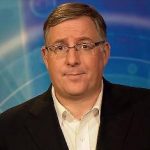 Joel C. Rosenberg was born in Rochester, New York, USA. He is an American political strategist, author of the Last Jihad series and philanthropist. He has written five novels about terrorism. He graduated from Syracuse University in 1988. He worked for U.S. Presidential candidate Steve Forbes as a campaign advisor. He is the founder and President of The Joshua Fund. He has written several novels include: The Last Jihad, The Last Days, The Ezekiel Option (Gold Medallion Book Award), The Copper Scroll, Dead Heat, The Twelfth Imam, The Tehran Initiative, Damascus Countdown, The Auschwitz Escape (Audie Award for Inspirational/Faith-based Fiction), The Third Target, The First Hostage, and Without Warning. His non-fiction works include: Epicenter, Epicenter 2.0, Inside the Revolution, Israel at War, and Implosion.