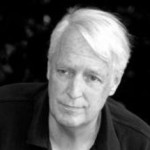 Joseph R. McGinniss, Sr., known as Joe McGinniss was born in New York City, New York, USA. He was an American author and journalist. He graduated from College of the Holy Cross in Worcester, Massachusetts. He became a general assignment reporter at the Worcester Telegram but left within a year to become a sportswriter for The Philadelphia Bulletin. He then moved to The Philadelphia Inquirer as a general interest columnist. In 1979, he became a writer-in-residence at the Los Angeles Herald Examiner. From 1982-85, he taught creative writing at Bennington College in Vermont. He wrote several books include: The Selling of the President 1968, The dream team, Heroes, Going to Extremes, Fatal Vision, Blind Faith, Cruel Doubt, The last brother, The big horse, Never Enough, and The Rogue.