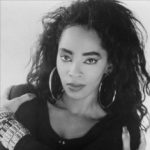 Jody Vanessa Watley was born in Chicago, Illinois, USA. She is an American singer, songwriter, record producer and pianist whose music crosses genres including pop, R&B, jazz, dance, and electronic soul. In 1987, she won the Grammy Award for Best New Artist. In 2008, she was the recipient of a Lifetime Achievement Award from Billboard magazine, and was also prominently featured in the historic black issue of Vogue Italia in 2008. In December 2016, Billboard ranked her as the 21st most successful dance artists of all-time. She got her start on the TV dance show Soul Train at the age of 14. Her albums list shown below: Jody Watley (singles: "Looking for a New Love", "Still a Thrill", "Don't You Want Me", "Some Kind of Lover", "Most of All"), Larger than Life, Affairs of the Heart, Intimacy, Remixes of Love, Affection, Flower, The Saturday Night Experience, Midnight Lounge, and The Makeover.