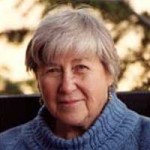 Joanne Greenberg was born in Brooklyn, New York City, New York, USA. She is an American novelist, short story writer and professor, best known for the bestselling novel I Never Promised You a Rose Garden, written under the pen name of Hannah Green. It was adapted into a 1977 movie and a 2004 play of the same name. She earned a bachelor’s degree in anthropology from American University. She was a professor of anthropology at the Colorado School of Mines. She has written other novels include: The King's Persons, The Monday Voices, In This Sign, Founder's Praise, A season of delight, The Far Side of Victory, Of Such Small Differences, No reck'ning made, Where the road goes, Appearances, and Miri, Who Charms. She has written several short stories include: Summering, Rites of Passage, High Crimes and Misdemeanors, and With The Snow Queen. she married Albert Greenberg in 1955.