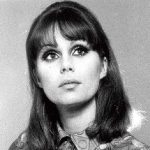 Joanna Lamond Lumley was born in Srinagar, Jammu and Kashmir, India. She is an English actress, former model, author and activist. She was nominated for the 2011 Tony Award for Best Featured Actress in a Play for the Broadway revival of La Bête. She spent three years as a photographic model, notably for Brian Duffy, who photographed her with her son. She also worked as a house model for Jean Muir. She is an advocate and human rights activist for Survival International and the Gurkha Justice Campaign. She supports charities and animal welfare groups such as Compassion in World Farming and Vegetarians' International Voice for Animals. Her role in several films include: The Breaking of Bumbo, Games That Lovers Play, The Plank, Innocent Lies, Prince Valiant, EuroTrip, Boogie Woogie, Late Bloomers, Absolutely Anything, and Finding Your Feet (upcoming 2018). Her role in television include: The New Avengers (TV series), Sapphire & Steel (TV series), Absolutely Fabulous (TV Sitcom, Won- British Comedy Award- "Best Comedy Actress" 1993, BAFTA TV Awards- "Best Light Entertainment Performance" 1993, and BAFTA TV Awards- "Best Comedy Performance" 1995), Nancherrow (TV film), and Sensitive Skin (TV series). She has written several books include: Stare back and smile (memoir), Forces Sweethearts, Girl Friday, In the Kingdom of the Thunder Dragon, No Room for Secrets, and Absolutely (memoir).