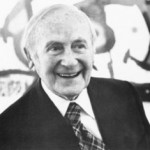 Joan Miró i Ferrà was born in Barcelona, Spain. He was a Spanish painter and sculptor. A museum dedicated to his work, the Fundació Joan Miró, was established in his native city of Barcelona in 1975, and another, the Fundació Pilar i Joan Miró, was established in his adoptive city of Palma de Mallorca in 1981. Earning international acclaim, his work has been interpreted as Surrealism, a sandbox for the subconscious mind, a re-creation of the childlike, and a manifestation of Catalan pride. He studied in the Escuela de Bellas Artes de Llotja from 1907, despite this being against his father's wishes. His artworks (painting) shown below: Prades, the Village, Portrait of Vincent Nubiola, House with Palm Tree, Horse, Pipe and Red Flower, The Farm, The Tilled Field, The Hunter, The Harlequin's Carnival, The Birth of the World, Personages with Star, Hirondelle Amour, Man and Woman in Front of a Pile of Excrement, Still Life with Old Shoe, The Reaper, The Beautiful Bird Revealing the Unknown to a Pair of Lovers, Woman in Front of the Sun, Women and Bird in the Moonlight, Triptych Bleu I, II, III, and May 1968. His artworks (Sculptor) shown below: Lunar Bird, Miró's Chicago, and Dona i Ocell (with Joan Gardy Artigas).