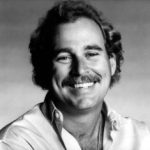 James William Buffett was born in Pascagoula, Mississippi, USA. He is an American singer, songwriter, guitarist, writer, producer and businessman. He is best known for his music, which often portrays an "island escapism" lifestyle. Together with his Coral Reefer Band, he has recorded hit songs including "Margaritaville" and "Come Monday". He earned a BA degree from the University of Southern Mississippi in 1969. He owns or licenses the Margaritaville Cafe and Cheeseburger in Paradise Restaurant chains. As a baseball fan, he was part-owner of two minor league teams: the Fort Myers Miracle and the Madison Black Wolf. In 1993, he launched Margaritaville Records, with distribution through MCA Records. In 2015, he received an honorary doctorate in music from the University of Miami. His albums list shown below: Down to Earth, Living and Dying in 3/4 Time, Volcano, Coconut Telegraph, Last Mango in Paris, Hot Water, Banana Wind, Beach House on the Moon, License to Chill, Buffet Hotel, and 'Tis the SeaSon. He has written several books include: Tales from Margaritaville (collection of short stories), Where Is Joe Merchant? (novel), A Pirate Looks at Fifty, The Jolly Mon, A Salty Piece of Land (novel), and Swine Not? (novel). He co-produced a film, entitled Hoot.