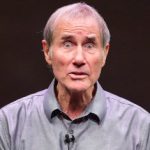 Jim Dale was born in Rothwell, Northamptonshire, England. He  is an English actor, comedian, singer and songwriter. In the British film world he became one of the comedic icons in the Carry On series. As a songwriter, he is best remembered as the lyricist for the film theme "Georgy Girl", for which he was nominated for the Academy Award for Best Original Song and the Golden Globe Award for Best Original Song in 1966. He also wrote lyrics for the title song of the films The Winter's Tale, Shalako, Twinky, and Joseph Andrews. At the age of 22 he became the first pop singer to work with George Martin, who produced all his hit records. In 1957, he was one of the presenters on BBC Television's Six-Five Special. For his Broadway performances, he has been nominated for five Tony Awards, winning one for Barnum in 1980. His role in several films include: The Iron Maiden, Nurse on Wheels, Carry On Cleo, The Big Job, Carry On Doctor, The National Health, and Joseph Andrews.