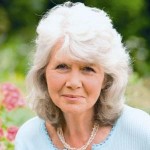 Jilly Cooper was born in Hornchurch, England. She is an English author, journalist and novelist. She studied at Godolphin School in Salisbury. She began her career as a journalist and wrote numerous works of non-fiction before writing several romance novels, the first of which appeared in 1975. She is most famous for writing the Rutshire Chronicles. She worked for The Middlesex Independent (junior reporter), The Sunday Times Magazine, and The Mail on Sunday. She has written several books include: How to Stay Married, How Survive from Nine to Five, Supermen and Superwomen, Harriet (novel), Imogen (novel), Prudence (novel), The British in Love, Supercooper, Intelligent and Loyal, Riders (novel), Rivals (novel), and The Man Who Made Husbands Jealous (novel).