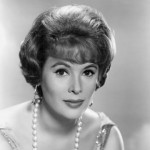 Jill St. John was born in Los Angeles, California, USA. She is an American actress. She studied at Hollywood Professional School and UCLA's Extension School. She is the author of book, entitled The Jill St. John Cookbook. Her role in several films include: Summer Love, Holiday for Lovers, The Roman Spring of Mrs. Stone, Tender Is the Night, Come Blow Your Horn, Honeymoon Hotel, The Liquidator, The Oscar, Tony Rome, Diamonds Are Forever, The Concrete Jungle, and Northpole. Her role in television include: Foreign Exchange (TV film), Rooster (TV film), and Around the World in 80 Days (miniseries).