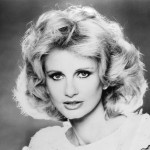 Jill Dorothy Ireland was born in London, England. She was an English actress, best known for her many films with her second husband, Charles Bronson. Her role in several films include: Simon and Laura, The Big Money, Three Men in a Boat, Robbery Under Arms, The Desperate Man, Raising the Wind, The Karate Killers, Rider on the Rain, Cold Sweat, Someone Behind the Door, The Mechanic, Breakout, Hard Times, Love and Bullets, Death Wish II, and Assassination. Her role in television include: The Man from U.N.C.L.E. (TV series), Shane (TV series), and The Girl, the Gold Watch & Everything (TV film). She wrote several books include: Life Wish: a Personal Story of Survival (memoir), and Lifeline: My Fight to Save My Family (memoir).