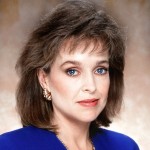 Jill Susan Eikenberry was born in New Haven, Connecticut, USA. She is an American film, stage, and television actress. She studied at Barnard College and Yale School of Drama. She married Michael Tucker in 1973. She has a son, Max, and a stepdaughter, actress Allison. She received an Obie Award in 1986 for the Off-Broadway plays Lemon Sky and Life Under Water, and was nominated for a 2011 Drama Desk Award for the Off-Broadway musical The Kid. Her role in several films include: Between the Lines, A Night Full of Rain, An Unmarried Woman, Rush It, Hide in Plain Sight, Arthur, Manna from Heaven, Suburban Girl, Something Borrowed, and Young Adult. Her role in television include: The Deadliest Season (TV film), L.A. Law (TV legal drama series, Five-Time Emmy Award Nominee: 1987, 1988, 1989, 1990, 1994. Three-Time Golden Globe Award Nominee- 1988, 1990, 1991. Won- Golden Globe Award in 1989), Chantilly Lace (TV film), Without Consent (TV film), My Very Best Friend (TV film), and L.A. Law (TV film). In 1989, she co-produced a documentary for NBC television called Destined to Live. She remains an activist for breast cancer research and early detection.