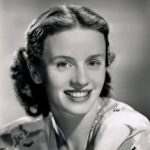 Jessica Tandy was born in London, England. She was a British-born American stage and film actress. She appeared in over 100 stage productions and had more than 60 roles in film and TV. During the 1930s, she appeared in a large number of plays in London's West End, playing roles such as Ophelia and Katherine. She received the Tony Awards for best performance by a Leading Actress in a plays, including A Streetcar Named Desire in 1948, The Gin Game in 1978, and Foxfire in 1982. Her role in several films include: The Indiscretions of Eve, The Valley of Decision, Forever Amber, September Affair, The Birds, Best Friends, Cocoon, Driving Miss Daisy (Won- Academy Award for Best Actress, BAFTA Award for Best Actress in a Leading Role, and Golden Globe Award for Best Actress), Fried Green Tomatoes (Nominated- Academy Award for Best Supporting Actress), Camilla, and Nobody's Fool. Her role in television include: Producers' Showcase (TV series, Nominated- Primetime Emmy Award for Outstanding Lead Actress), and The Story Lady (TV film).