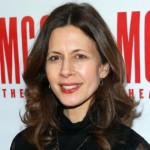 Jessica Hecht was born in Princeton, New Jersey, USA. She is an American actress. She earned his Bachelor of Fine Arts in Drama degree from Tisch School of the Arts, New York University in 1987. Her role in several films include: Anarchy TV, Saving Face, The Forgotten, Dan in Real Life, Whatever Works, My Soul to Take, The English Teacher, The Sisterhood of Night, and Anesthesia. Her role in television include: Friends (TV series), The Single Guy (TV series), Harvey (TV film), Breaking Bad (crime drama TV series), Jesse Stone: Thin Ice (TV film), The Interestings (TV film), and Red Oaks (TV series). She was nominated for a Tony Award for Best Featured Actress for her role in A View From The Bridge on Broadway with Scarlett Johansson and Liev Schrieber.