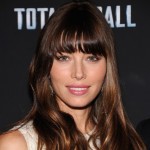 Jessica Claire Biel was born in Ely, Minnesota, USA. She is an American actress, model and producer. She studied at Tufts University in Medford, Massachusetts. She began modeling for print advertisements, and appeared in commercials for products such as Dulux Paint and Pringles. Her role in several films include: Ulee's Gold (Won- Young Artist Award for Best Performance in a Feature Film- Supporting Young Actress), Summer Catch, The Rules of Attraction, Cellular, Stealth, London, The Illusionist, Next, Hole in the Paper Sky (short drama film, also producer), Powder Blue, Valentine's Day, The Tall Man, Hitchcock, Accidental Love, and The Book of Love (also producer). Her role in television include: 7th Heaven (TV series), and The Sinner (TV series, also executive producer). She married to Justin Timberlake in 2012. They have one son.