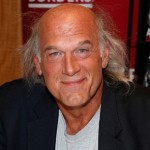 Jesse Ventura was born in Minneapolis, Minnesota, USA. He is an American politician, former professional wrestler, naval officer, actor, author and television host. He served as the 38th Governor of Minnesota from 1999 to 2003. He served as Mayor of Brooklyn Park, Minnesota, from 1991 to 1995. He was a member of the U.S. Navy Underwater Demolition Team during the Vietnam War. After leaving the military, he embarked on a professional wrestling career from 1975-1986. He was inducted into the WWE Hall of Fame in 2004. His role in several films include: Predator, The Running Man, Thunderground, Repossessed, Ricochet, Demolition Man, Batman & Robin, and The Drunk. He has written several books include: I ain't got time to bleed, Don't Start the Revolution Without Me! (with Dick Russell), American Conspiracies (with Dick Russell), and They Killed Our President (with Dick Russell, David Wayne). He remains politically active and currently hosts a show on Ora TV and on RT America called Off the Grid.